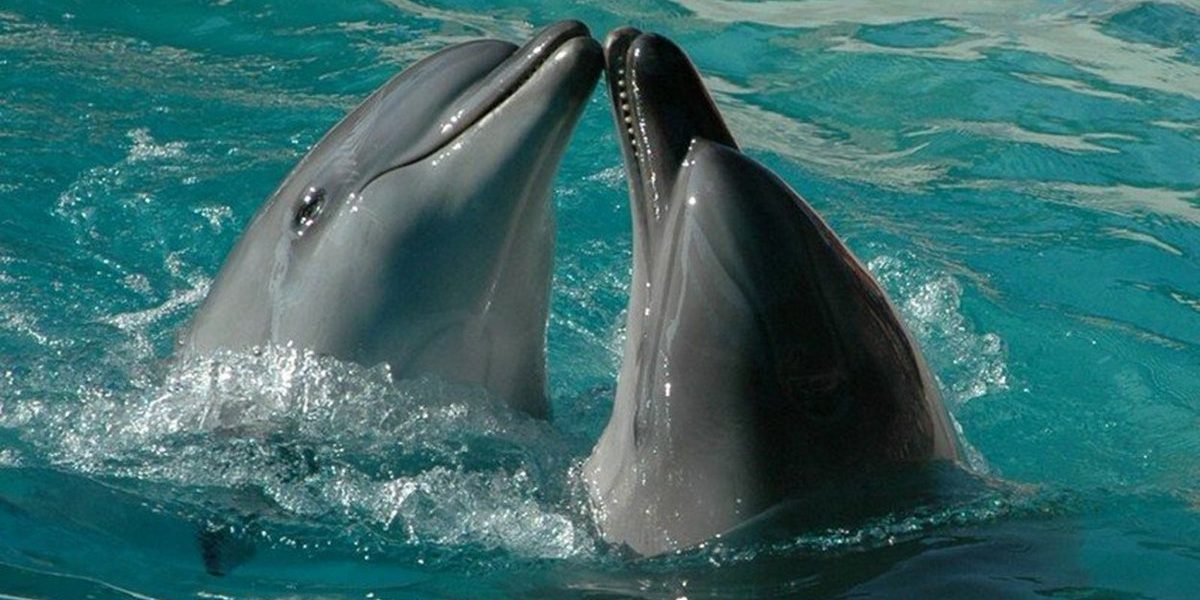 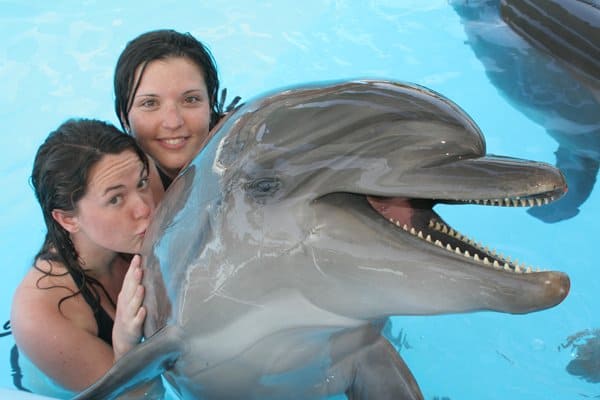 In April 2011, it was opened in Makadi Bay Dolphin World – Dolphinarium, You will see an unusual show.

It has been 14 years since the idea of ​​building a dolphinarium in Hurghada.

Here you will learn about seal training and of course the dolphins, Sabrina and Gerasim pairs.

The whole show lasts about an hour. Included:

Transfer to/from the hotel, entrance fee to the dolphinarium, swimming with dolphins for an additional fee, photo taking (all payable immediately) 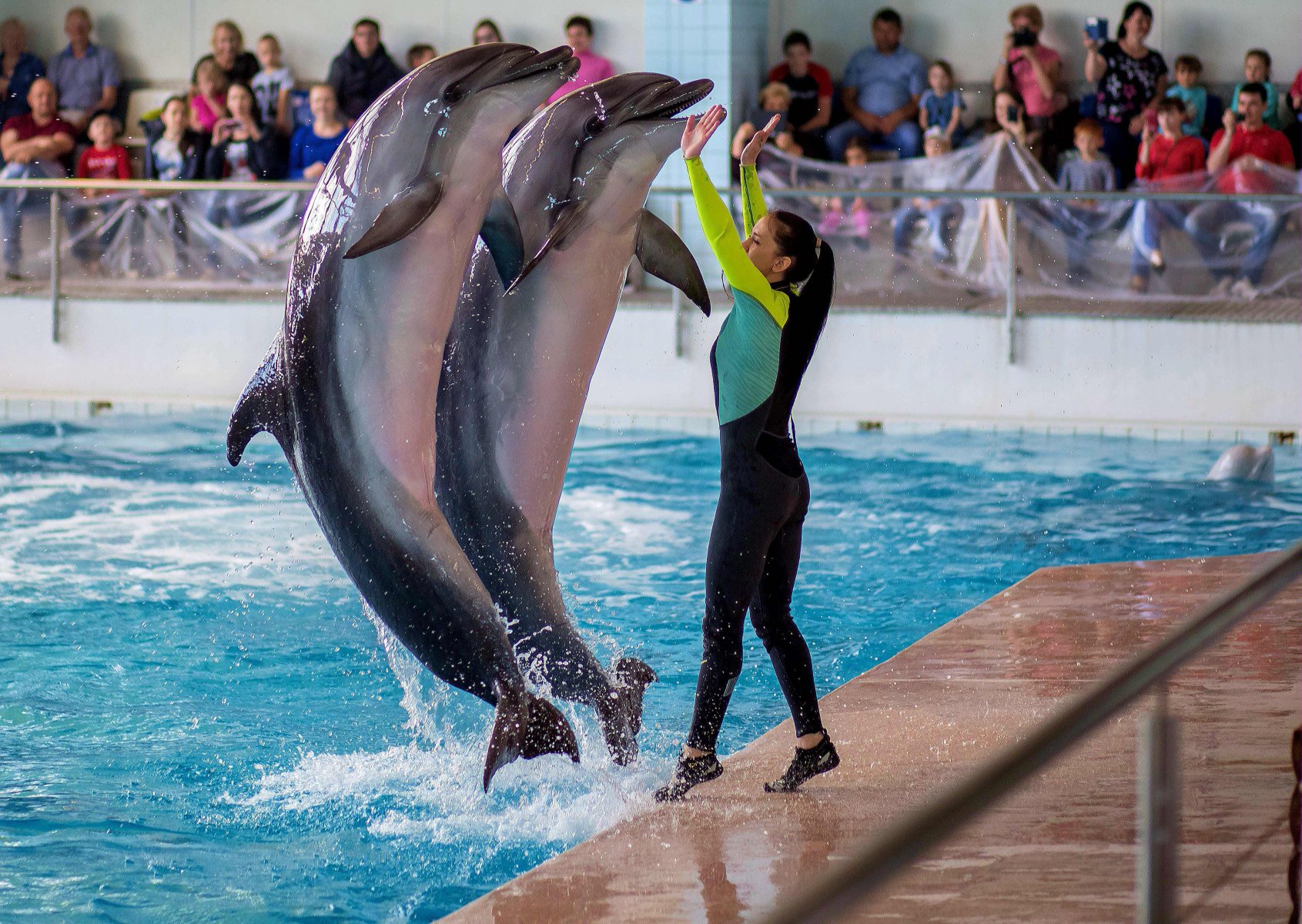 We recommend the trip as it allows tourists of all ages to have a great time watching the largest collection of marine animals.

In addition, it gives you the opportunity to take pictures with them.

Book a trip to Hurghada Dolphinarium online and get the best prices! 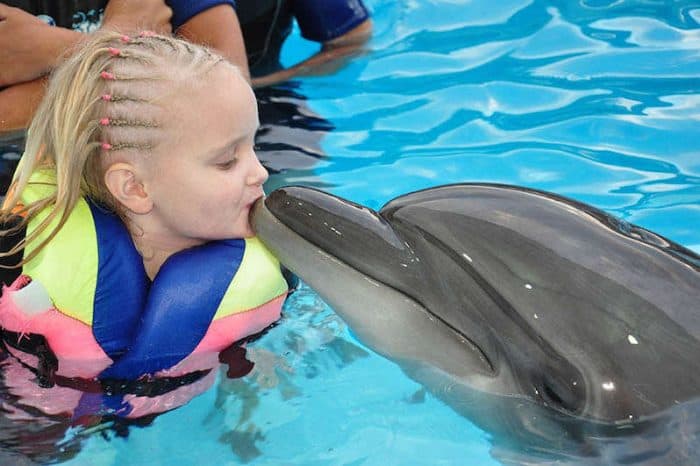 What do you know about the dolphins being?

meet our animals with TomyTour

Pulmonary Respiration: A dolphin breathes through the lungs and inhales approximately 2-3 minutes every minute, exhalation and inhalation rarely take more than a fraction of a second.

Two layers of capillaries, unlike other mammals, lungs consist of one, or two layers that increase the surface area of ​​the lungs, which increases the efficiency of gas exchange and the exchange occurs faster. 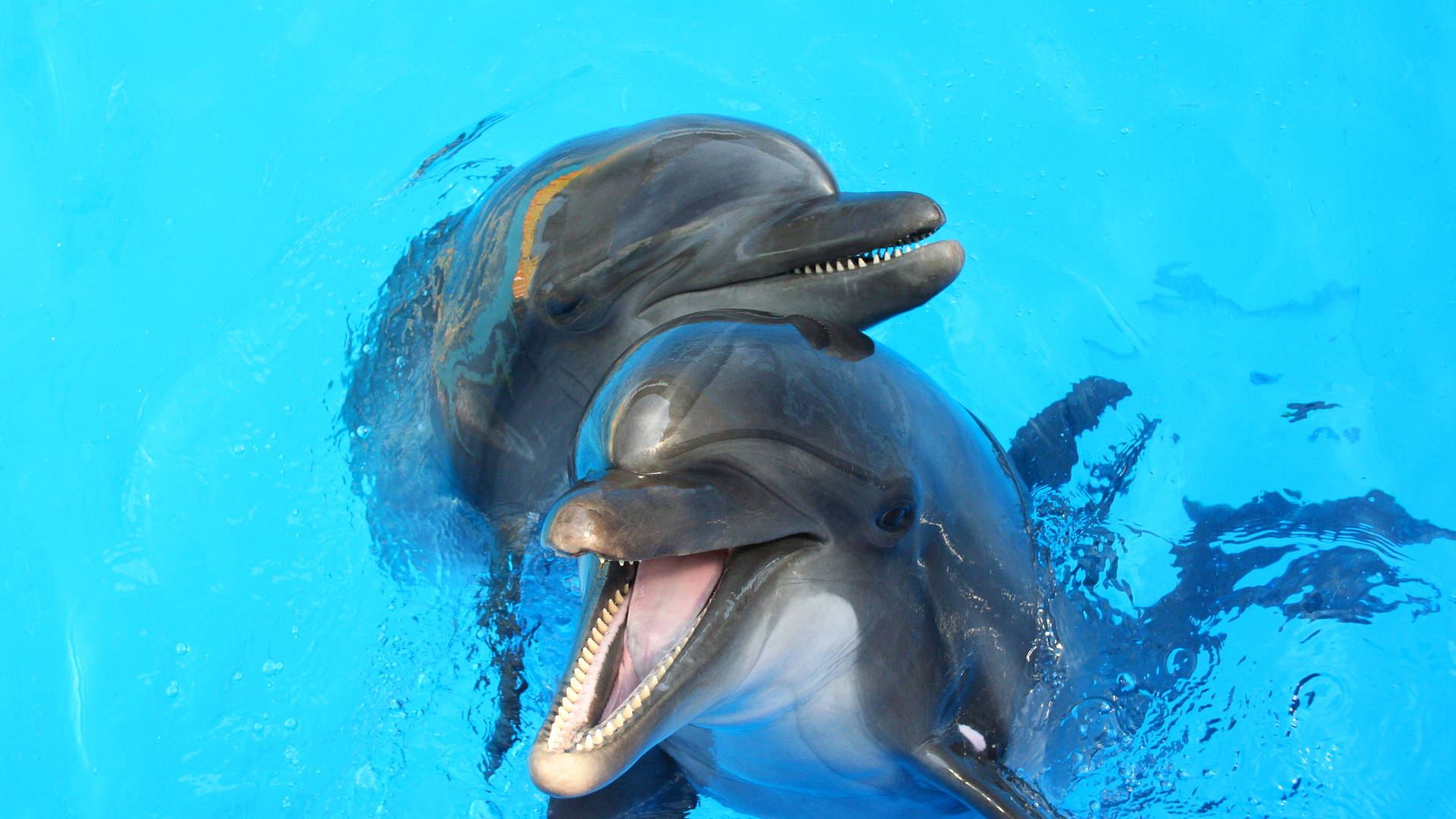 Meet Dolphins in an amazing show! 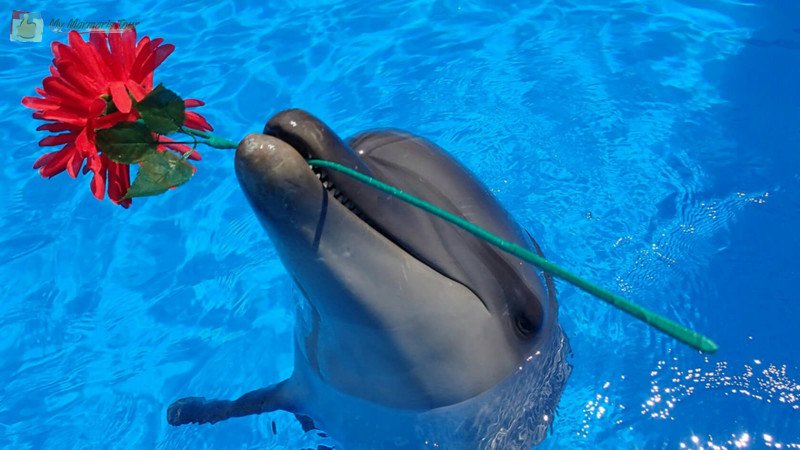 Some believe that swimming pools provide dolphins with a natural environment The truth:

that the pool and the sea are not the same things. In nature, dolphins swim dozens of miles a day in an ocean full of animals, plants, and endless diversity.

In confined spaces, they are confined to places 200,000 times smaller than their normal range.

In addition, they live in the oceans and seas in large groups and naturally with their families.

They are then taken away from their mothers at a very young age, which leads to aggressive and fighting behavior sometimes but not all the time. 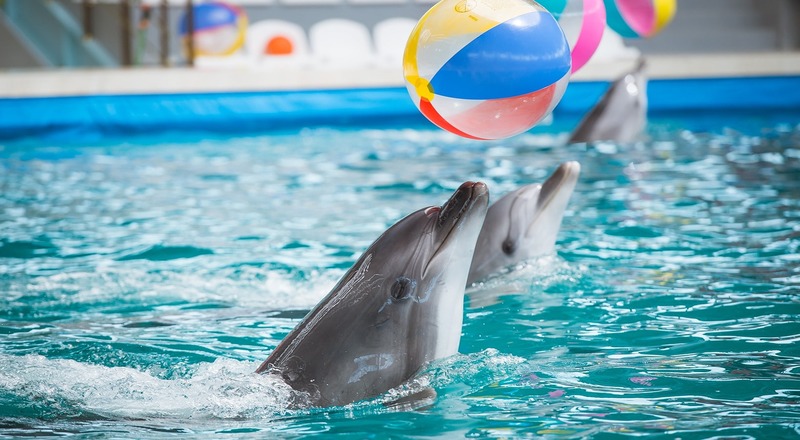 Extra Charge (Paid Upon your request):

Things You Should Take with You: 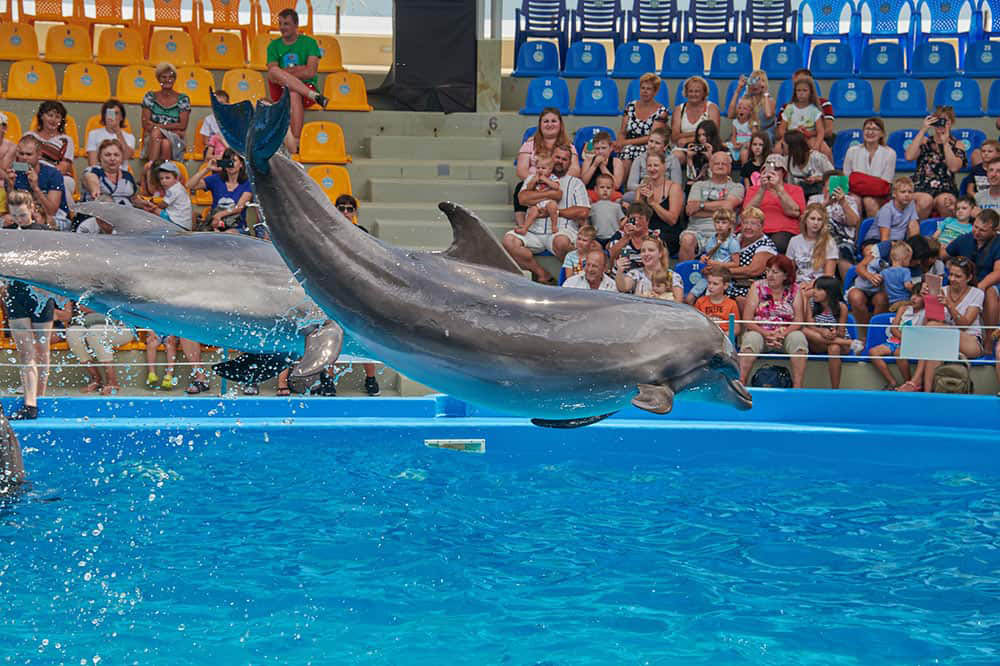 The dolphin is a species of small-toothed whale

There are more than 40 different species of dolphins and there are 6 species that can be called whales, including killer whales or pilots.

Dolphins are not fish, although they live most of the time in the water.

They are considered one of the types of ocean mammals, and this category is divided into two main families:

1- River dolphins in South Asia, their scientific name is Platanistidae. 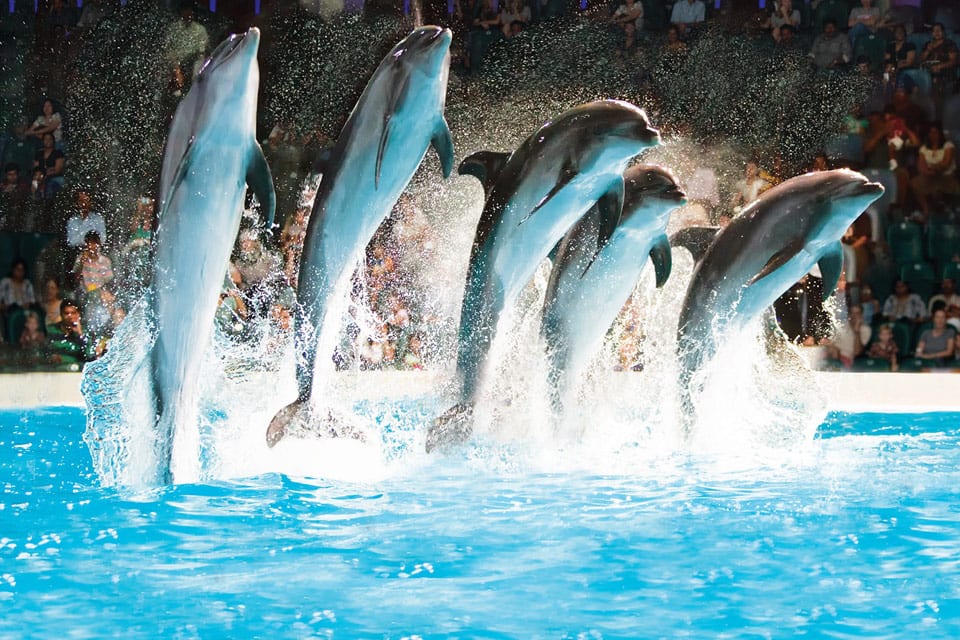 If you visit Hurghada – Egypt, you cannot leave before visiting Orange Bay Island.

TomyTour will arrange the most beautiful trip you can take!

Orange Bay is located about half an hour away from the city of Hurghada.

You can reach it only in the most charming way, which is through cruises, where you can enjoy silence and tranquility, interspersed with the sound of the sea and white seagulls playing a symphony of pleasure. 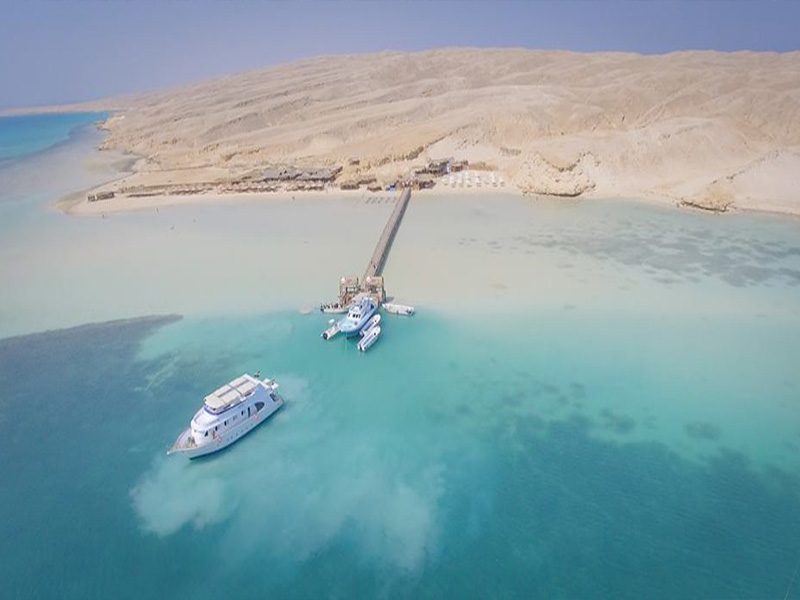 How many dolphinariums are there in the world?

There are about 200 dolphins around the world.

The demand for dolphins is huge and this is because the large demand cannot be covered by captive breeding, so dolphins continue to be taken from the wild. Feral captivity could endanger entire dolphin populations.

Dolphins that survived capture and transport are only beginning to experience their terrifying ordeal.

From that day on, they will only swim in a small confined space, in a fully artificial environment.

These wild animals will constantly be exposed to the presence of humans and arbitrarily crowd each other with certain creatures that have nowhere to retreat.

Captive dolphins are under constant stress. Many get sick and die young. 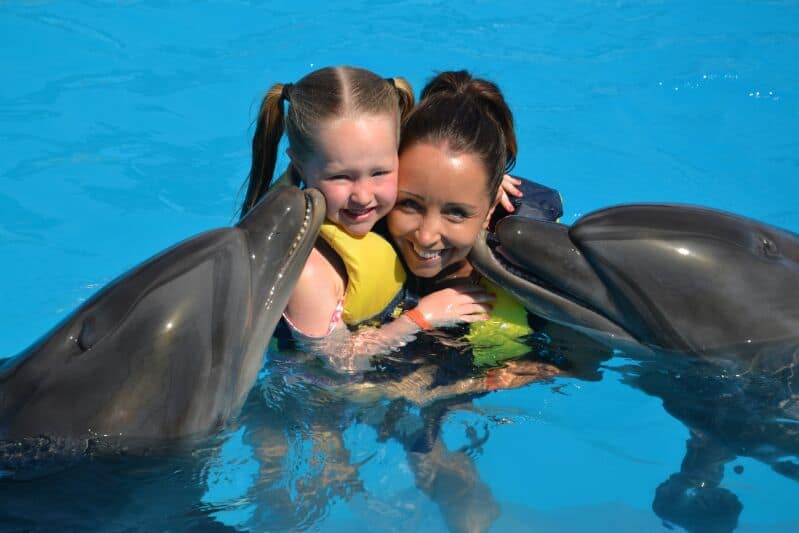