The Sun Perpendicular To The Face Of Ramses II 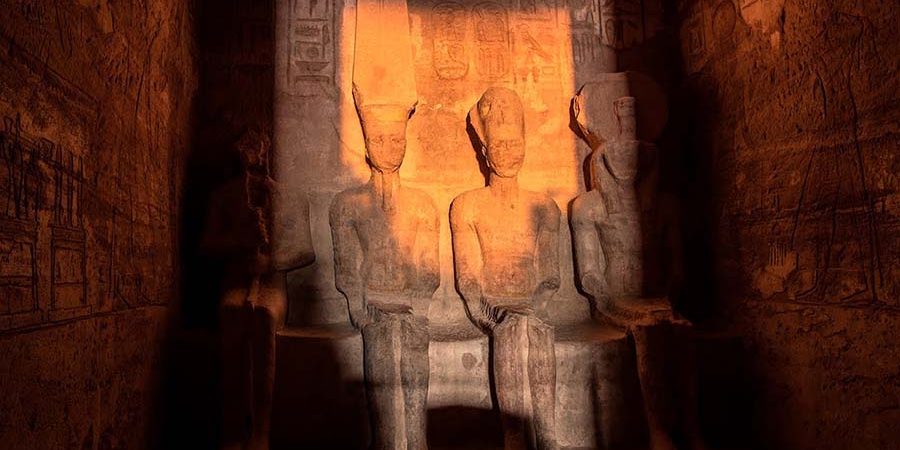 The Sun Perpendicular To Face Of Ramses II,  in the Abu Simbel temple, south of Aswan, is a unique astronomical phenomenon!

unusual phenomenon Twice a year, sunlight lines the face of the seated statue of King Ramesses to celebrate his birthday on one day and celebrate his coronation on the other.

Although the statue of our king sits in the company of the Theban god of darkness who is said to be associated with the underworld, Ptah;

Sunlight illuminates the statue of the seated king as well as the sun goddesses Ra-Horakhte and Amun-Ra just next to him; Ptah was left in the shade all year long.

On February 22 and again on October 22, his birthday and coronation day respectively, you can witness this one-of-a-kind phenomenon at the Abu Simbel temple in Nubia southwest of the magnificent Aswan.

This phenomenon was first discovered in 1848 by British explorer Amelia Edwards and her team. They note that sunlight penetrates 60 meters into the structure of the temple, passes through a narrow opening in its eastern side, and finally hits the face of the pharaoh inside his shrine.

The axis of the temple was cleverly positioned by ancient Egyptian architects, in order to face the sun’s rays only twice a year.

Yes, this sounds like magic but obviously Egyptian myths are real! 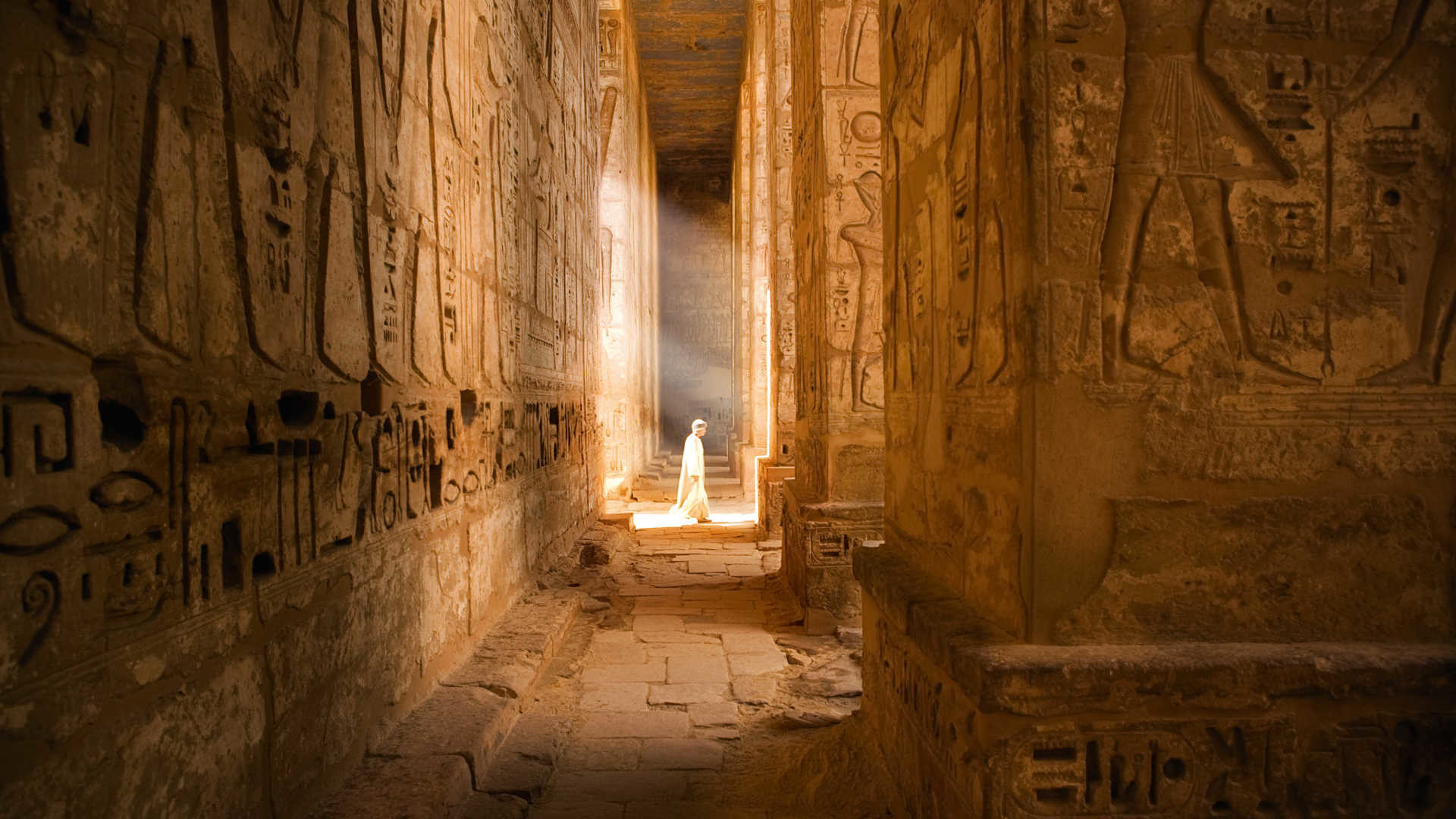 The Sun Perpendicular To Face Of Ramses II

The sun’s rays penetrate the front corridor of the entrance to the Temple of Ramses II, with a length of 60 meters, until it reaches the Holy of Holies.

The phenomenon of the perpendicular sun takes 20 minutes and may reach 25 minutes, and the Abu Simbel temple was moved after it was cut to save it from drowning under the waters of the dam lake from its old site that was carved inside the mountain to its current location, and this phenomenon has been repeated on October 22 and February 22 since then With a difference of a day from what was prevalent before, it was the second perpendicular to the sun on October 21 before it was moved, due to the change in latitude and longitude after moving the temple 120 meters to the west and a height of 60 meters.

You Can Visit: Luxor and Dendera from Hurghada

Luxor by Plane from Sharm El-Sheikh

There are two versions of the reason for The Sun Perpendicular To Face Of Ramses II, the first:

is that the ancient Egyptians designed the temple based on the movement of astronomy to determine the start of the agricultural season and its fertilization, and the other is to start the harvest season!

The Second Version To The Sun Perpendicular To Face Of Ramses II:

is that these two days coincide with the day of the birth of King Ramesses II and the day he sat on the throne.

Read More: Sphinx “Did he really close his eyes in Egypt?”

Visit Egypt sights with TomyTour.com in 2022 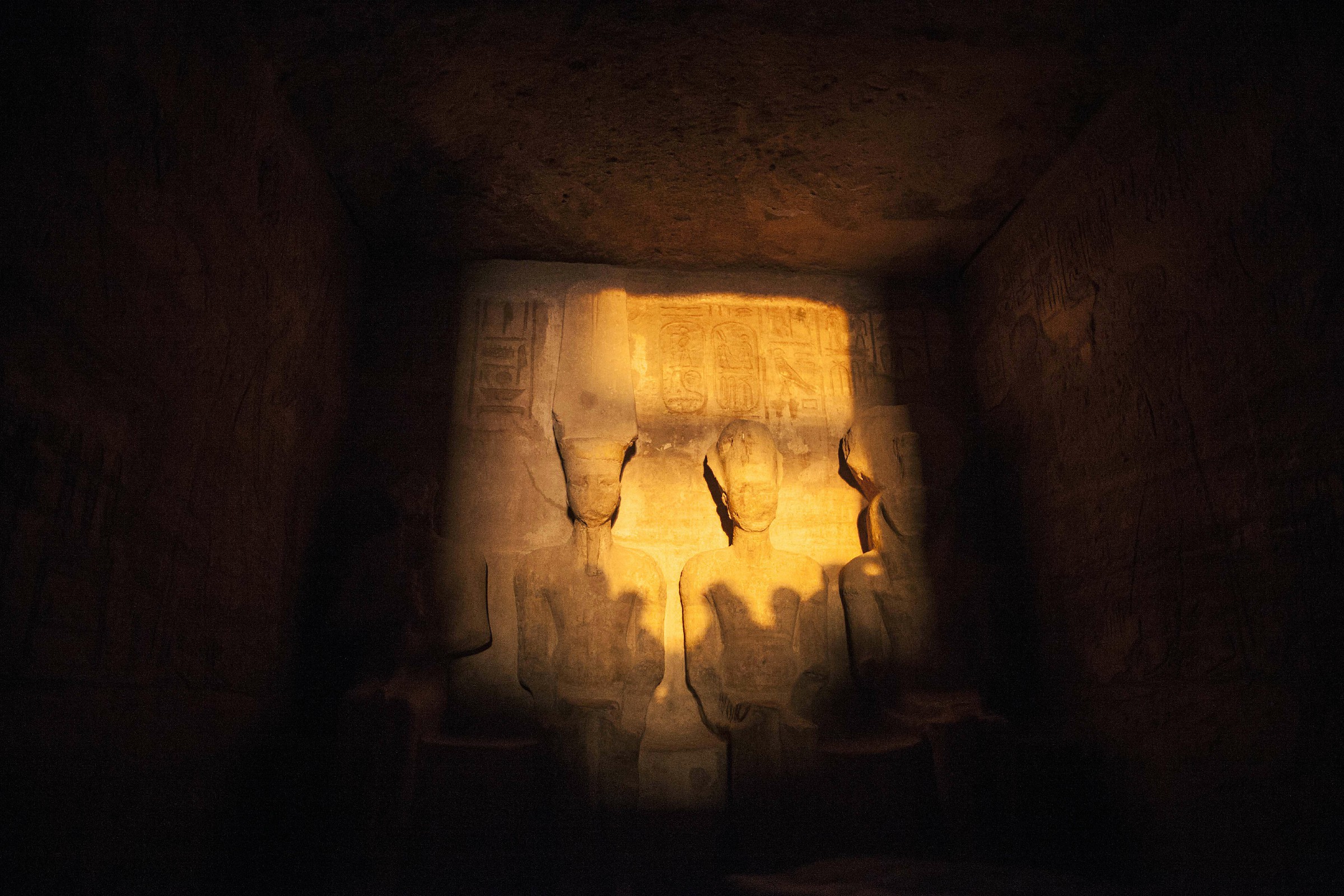 […] Read also: The Sun Perpendicular To The Face Of Ramses II […]

Egypt as a whole is spectacular….it’s history and the 4600 years old details and incidents are amazing.The 147 meters high Giza pyramids made more than 4600 years ago is amazing,we know very little about Egyptian history….their gods,Falcon God,Ra,Amun,godess Asisi.. every thing is amazingly spectacular…it’s a tourists’ paradise.we were awestruck…when we visited Egypt just one month ago in November ’22. SPECTACULARLY AMAZING.