Nefertiti and Cleopatra (The most beautiful queens of ancient Egypt) 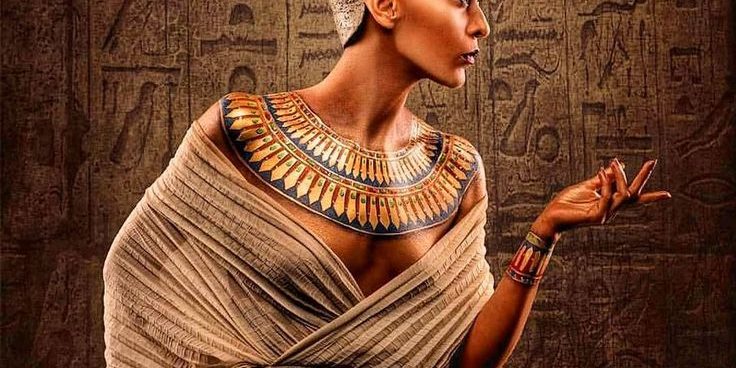 What do you know about Nefertiti and Cleopatra? The most beautiful queens of ancient Egypt.

In the ancient history of Egypt, women reached a prominent position in various walks of life, making them partners with men, if not one of the main reasons for the growth of Egyptian civilization.

Therefore, it was not strange for society in the past to respect women and look at them in a way of “reverence” for thousands of years, which made them strongly present in both the religious and secular scenes.

Women participated in governance and assumed leadership positions, and the rule of the Pharaonic queens of Egypt was distinguished by strength, greatness, and prosperity throughout history.

We review the most famous Pharaonic queens of Egypt during the following lines: Nefertiti and Cleopatra 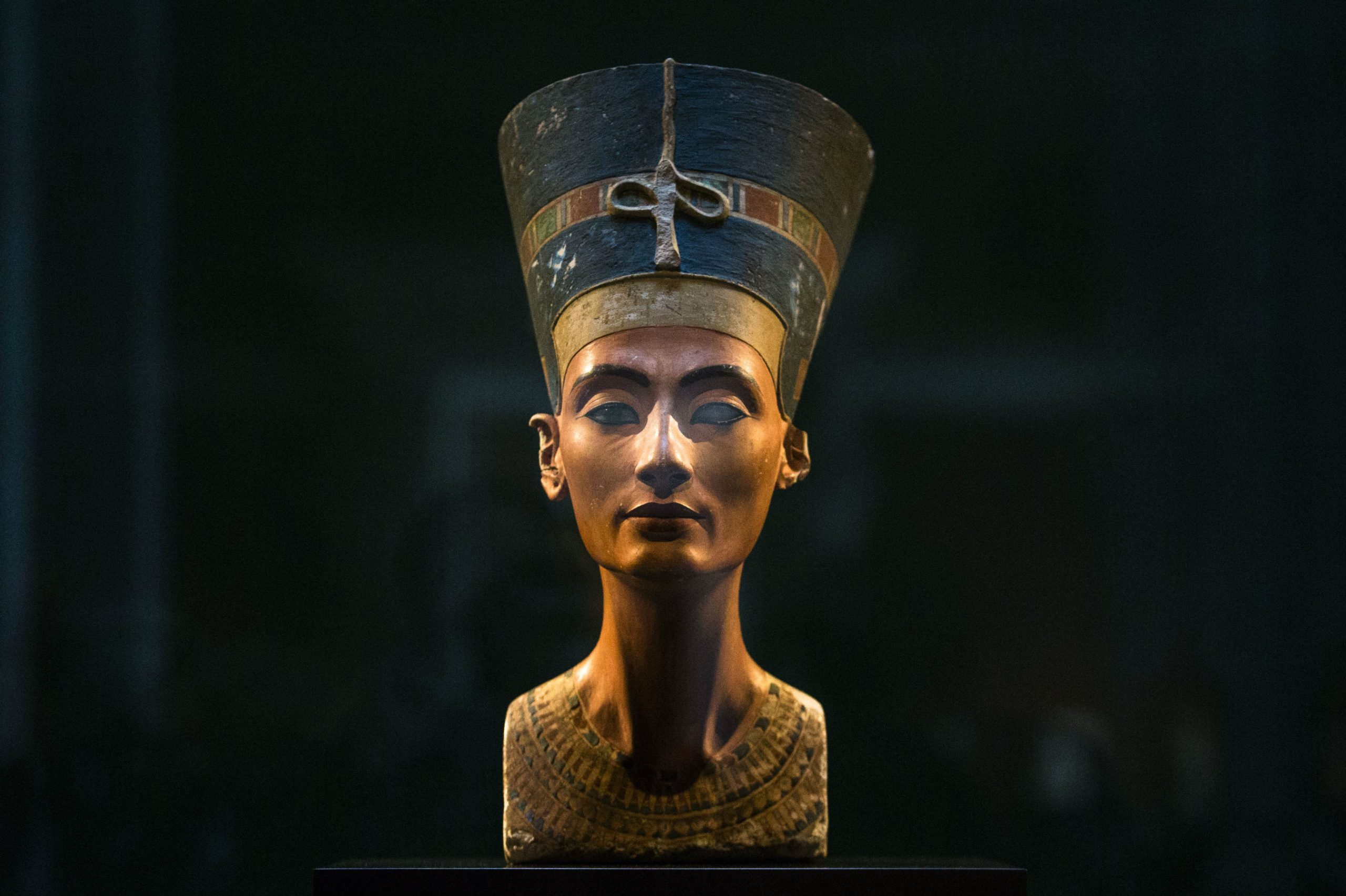 Nefertiti was among the most powerful women in ancient Egypt nearly 3,400 years ago. Nefertiti was the great royal wife of King Akhenaten (Amenhotep IV).

who is the pharaoh of the eighteenth dynasty (the state of Heliopolis), and was known by various titles, including “the great royal wife” and “the lady of the two regions”

and the title “lady of Upper and Lower Egypt” was added to her in the tomb of her husband. Nefertiti gave birth to six daughters from Akhenaten, one of whom later married Tutankhamun.

She became famous because of her statue currently located in Germany, which the German Egyptologist Borchardt smuggled from Egypt to Germany and is there until now.

What does the name Nefertiti mean?

The name Nefert-Eti means “the beautiful one has come”. Since the fifth year of Akhenaten’s rule, the queen’s name has been mentioned inside a cartouche with the title “Neverneferuaten”

which means “The Aten shines because the beauty came.” To this day, Nefertiti remains an icon of beauty, as her name indicates.

The Sun Perpendicular To The Face Of Ramses II 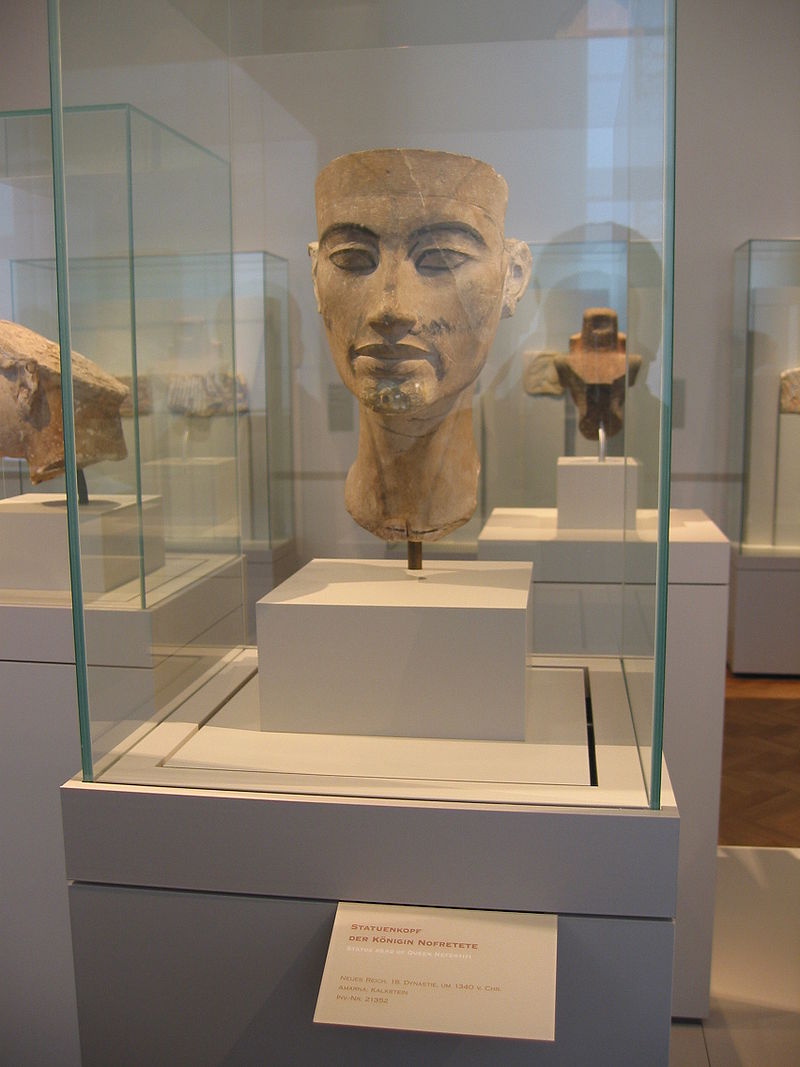 The end of her life

One of the daughters of Queen Nefertiti died, so Nefertiti grieved for her with great grief, and from this time she disappeared from the royal court and no longer had any trace of her.

In the royal court, when she died, she was buried in the tomb of Aten, and it is said that Tutankhamun moved her body to the tomb of Akhenaten’s mother.

You Can Visit: Luxor and Dendera from Hurghada

Luxor by Plane from Sharm El-Sheikh 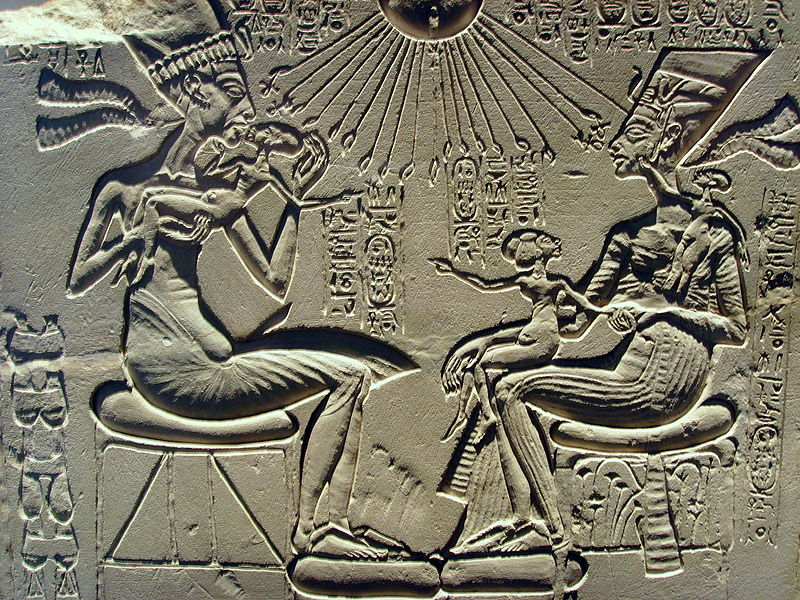 The life of the Egyptian Queen Cleopatra

The history of the ancient world is filled with stories of powerful women such as Queen Nefertiti of the Eighteenth Dynasty.

who founded a new religion and launched a cultural revolution as the wife of Pharaoh Akhenaten, but perhaps Cleopatra is the most attractive.

as she was the last ruler of the Ptolemaic dynasty. She had the personal ability and political ingenuity to renew to become the only woman in the ancient world that governs alone.

She is Cleopatra VII, a queen of the Ptolemaic kings who ruled Egypt after the death of Alexander the Great in the year 323 BC when Egypt became their share after the division of Alexander’s empire.

and she is the last individual to rule Egypt. She is the daughter of King Ptolemy XII and took over the rule of Egypt around the year 53 BC.

In the beginning, there was a split and a dispute over the ruling between her and her brother, Ptolemy XIII, and her sister, Arsinoe.

With the help of Caesar, she was able to monopolize the rule, as her brother drowned during a battle with the Romans, while her sister was taken captive to Rome in a procession attended by Cleopatra, and that was a humiliation and insult that no one could bear.

And she remained in power until Egypt fell into the hands of Rome in the year 30 B.C. After the death of Julius Caesar, Antony and Octavius ​​divided Caesar’s kingdom and what he was subject to.

so Egypt was given to Antony, and the dispute began between Antony and Octavius, so it was the naval battle of Actium in which Antony was defeated, so he committed suicide.

so Cleopatra committed suicide Fearing that she would walk as a prisoner in the streets of Rome and receive the same fate that she threw her sister to.

Read More: Sphinx “Did he really close his eyes in Egypt?”

Visit Egypt sights with TomyTour.com in 2022 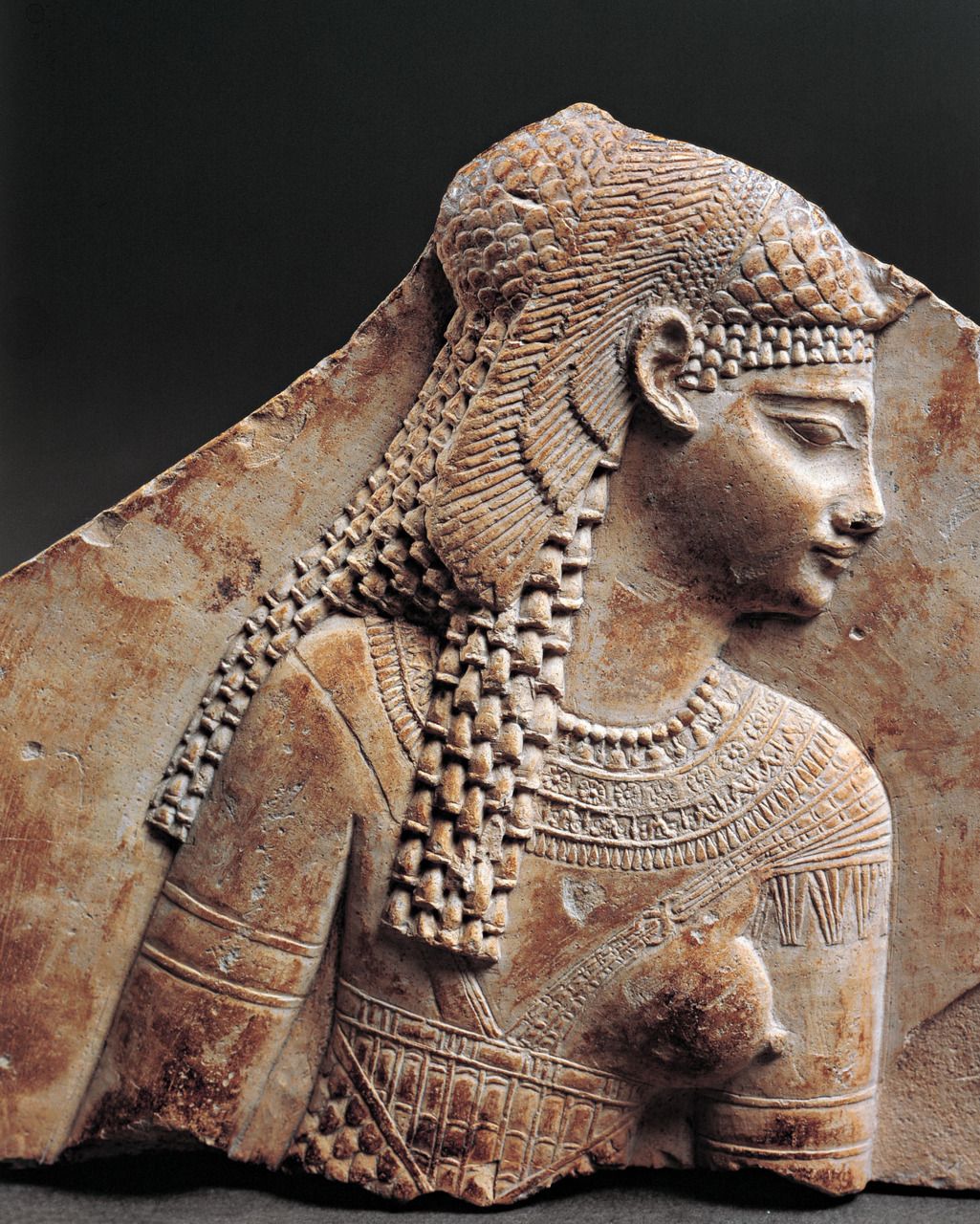 Historians say that both Cleopatra and Caesar sought to use the other, so Caesar sought money to pay off the debts incurred by Cleopatra’s father Auletes, in order to retain the throne.

While Cleopatra was determined to keep her throne, and if possible restore the glories of the early Ptolemies and recover as much as possible of their power, which included Syria, Palestine, and Cyprus.

The bonds of the relationship between them were strengthened and a child was born to him after his departure, which she called Ptolemy Caesar or Ptolemy XV (and the Alexandrians called him Kaisarion as a diminutive).

On August 12, 30 BC. Cleopatra committed suicide after she and Mark Antony were defeated at the Battle of Actium. 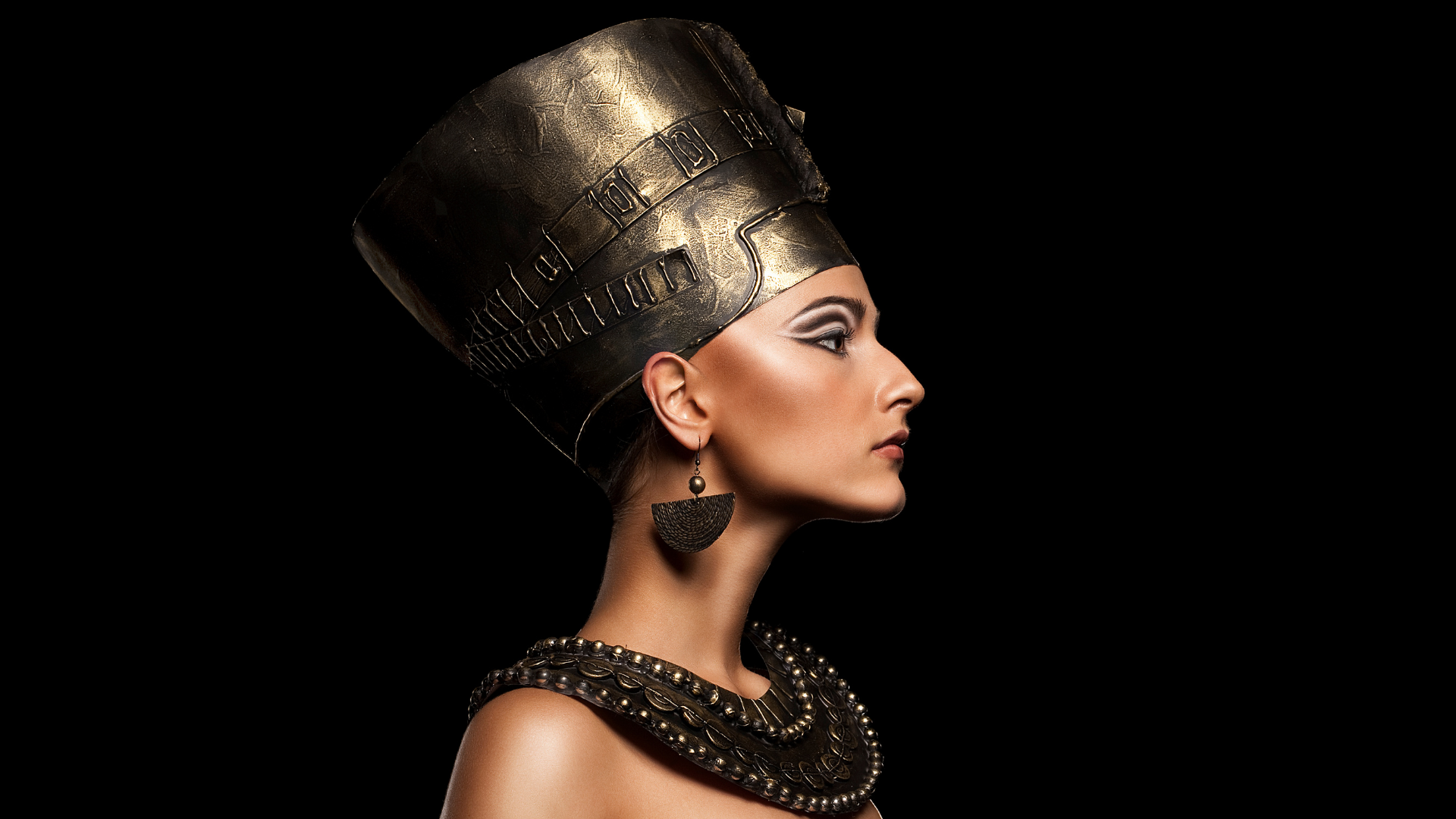 Who is the first Egyptian queen to have a statue built?

The Nefertiti statue is one of the most famous ancient Egyptian artifacts. It is a greased limestone bust that is more than 3,300 years old.

It was sculpted by the Egyptian sculptor Thutmose in 1345 BC. AD approximately, to Queen Nefertiti, wife of the Egyptian pharaoh Akhenaten.

Nefertiti and Cleopatra (The most beautiful queens of ancient Egypt)

Women ascended the throne of Egypt or participated in it more than once in political and historical circumstances surrounded by controversy.
And she bore titles throughout the ages, including “The Lady of Upper and Lower Egypt,” “The Lady of the Two Lands,” “The Protector,” “The Scientist,” “The Daughter of God,” “The Ruler,” “The Strong-armed,” “The Holder of the Two Lands,” and “The Lady of Transfiguration.” In addition to a group of other honorary titles such as “Beautiful Face”, “Great Love” and “Her Kindness”.

Queen “Hatshepsut” is the most famous Egyptian queen who assumed power in circumstances in which the country was characterized by strength and prosperity at the height of the power of the modern state.

the eighteenth dynasty. Her father is Thutmose II, who legitimized his accession to the throne by marrying Hatshepsut.

Hatshepsut is the subject of our next article… Wait for us 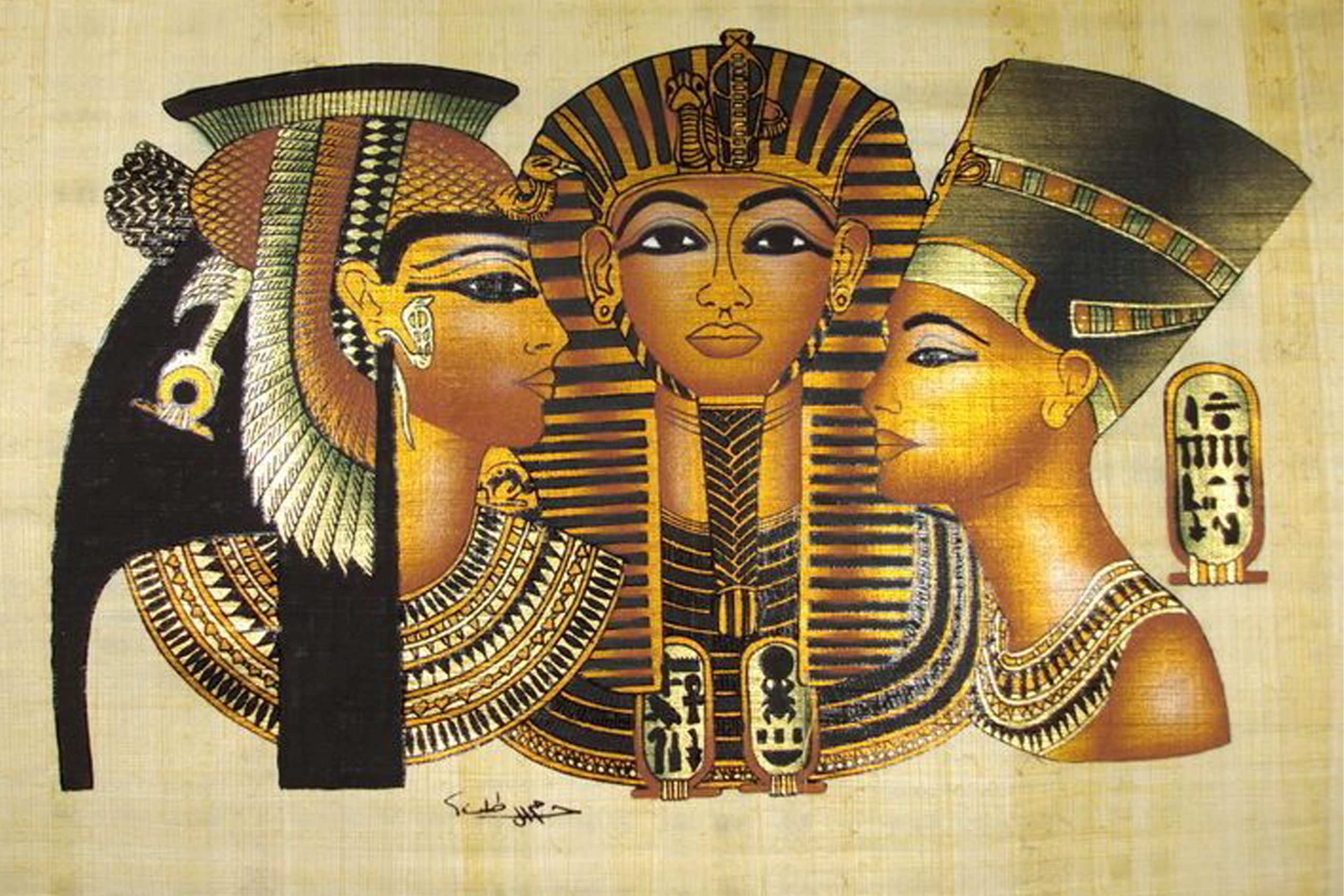